I love Halloween costumes.  For the last few years, I’ve really been into making them for myself, Hideko and even a few friends.  I probably picked it up from my mom who would always help us put together great costumes or sew awesome creations for us.  Look at me and my siblings back in the day! 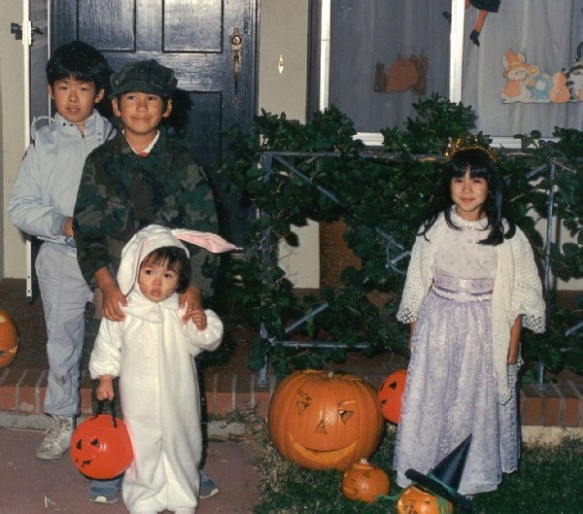 I was a princess and my mom made this outfit out of some old dress, I think.  My sister is a bunny and I’m fairly certain my mom made that entire costume.  In the back is Mike and he is a Ghostbuster, using a Members Only jacket with a homemade patch, proton pack and ghost trap (you can’t see it in this picture).  I’m not sure about Rob’s army fatigue.  That may have been store bought.

Anyways, now it’s my turn to make costumes, and since I work at a school, I still have to dress up too (or maybe it’s just a good excuse to get dressed up :))!  Here are some of the costumes I’ve made in the past.

I think it all started with this one in 2004.  I was living in Japan and we were throwing a Halloween celebration for the kids in the city (it’s not traditionally celebrated there) and I thought this would be an awesome character, since it’s from a Japanese movie.  Unfortunately, most people thought I was a Native American!  I was not, I assure you.  Do you know who I am??

(I’m the one on the right :)) This is the only picture I have, it’s too bad you can’t see the rest of the costume.  I didn’t have a sewing machine or any real crafting tools.  But I had a lot of fun scouring the 100 yen store (like a 99 cent store), the second hand store and any other place to find pieces I could use for the costume.  Here’s a pic of the actual character.

I picked up the sewing bug again in 2008 when I made this bat costume.  I remember coming up with the idea the night before Halloween, running to a couple of stores for the supplies and staying up late to finish it by morning.  I didn’t have a sewing machine, so everything was just hand stitched together.

I really loved how warm, comfortable, simple and convenient this costume was.  It was a hooded sweatshirt with stuff attached to it.  I got to wear sweats to work!  Could it be any better?  So sweatshirt animals has been my thing, pretty much every year since. 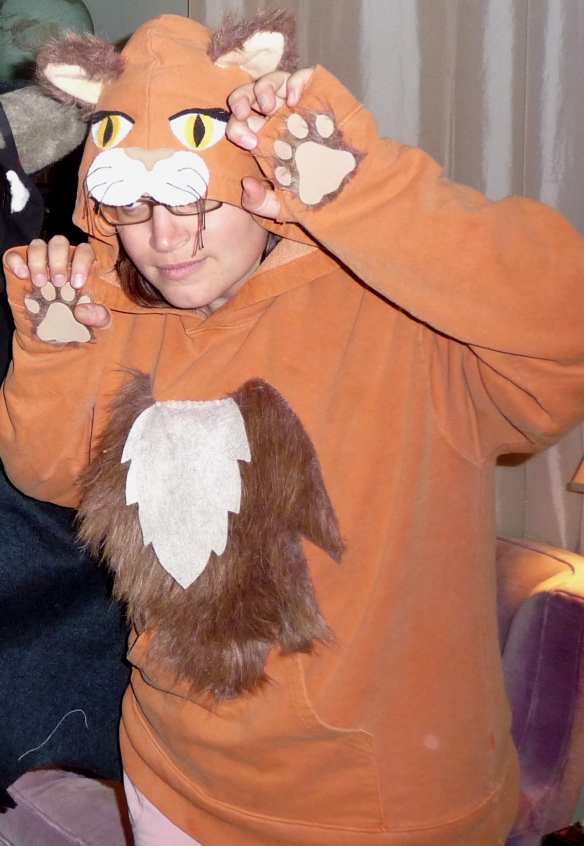 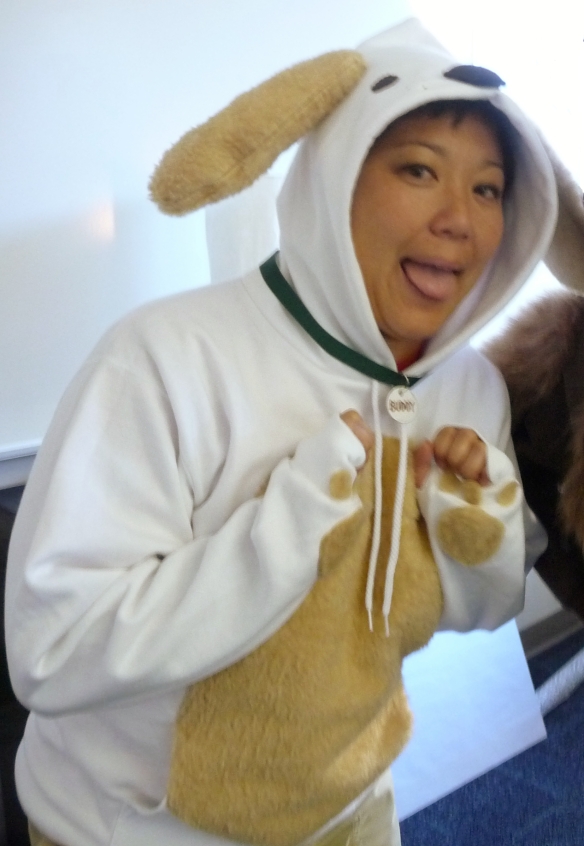 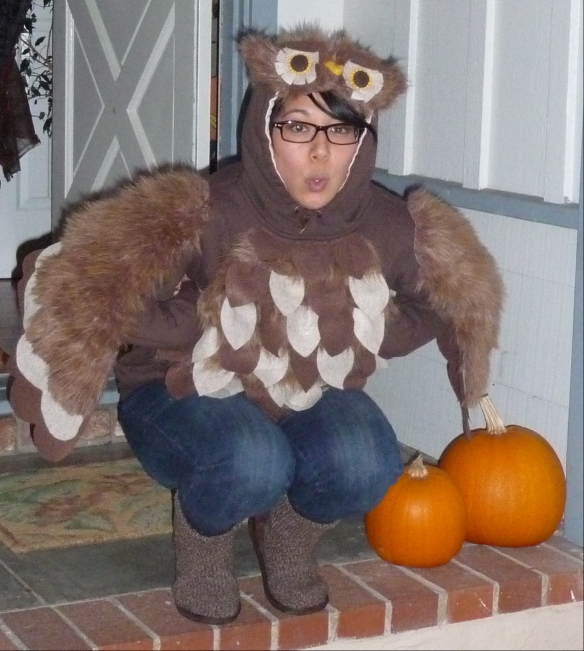 Last year was Yuki’s first halloween.  For her, Hideko wanted a lamb costume. 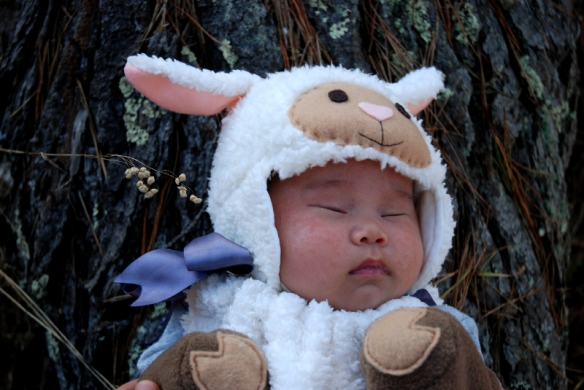 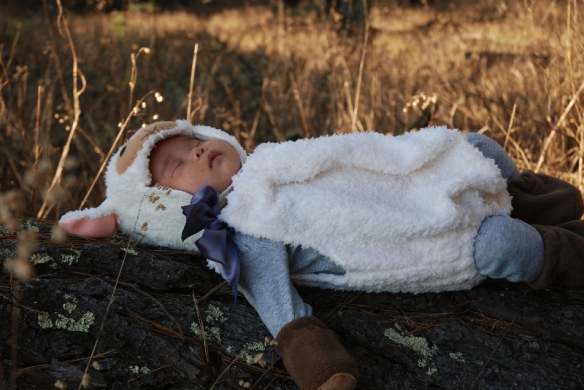 Yes, she slept pretty much the whole time she was in the costume.

For us, I went with sweatshirt animals again.  A cow and a chicken to complete the family farm 🙂 (2010) 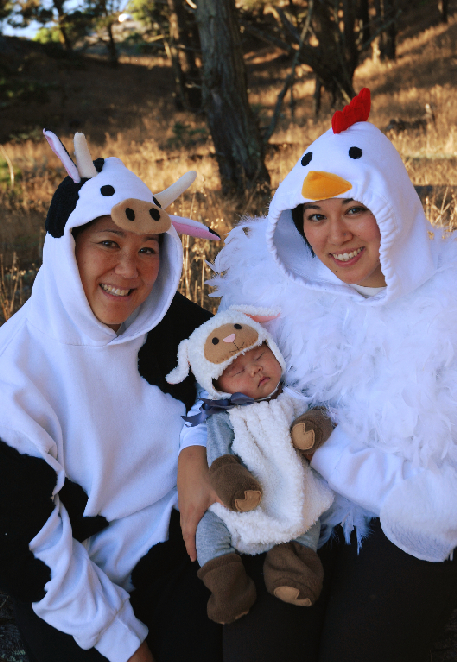 One of my favorite costumes to date was NOT a sweatshirt animal.  Hideko decided to be Russell from UP.  I LOVE this movie.  Russell is so damn cute and funny.  I thought this costume would be awesome to recreate.  It was also very very time consuming.

Not bad, eh?  That’s the only picture I have of her in the costume, but you should have seen her backpack!  She actually borrowed rope and a trumpet and hung lanyards and carabiners from her backpack AND attached a bunch of colorful balloons!! 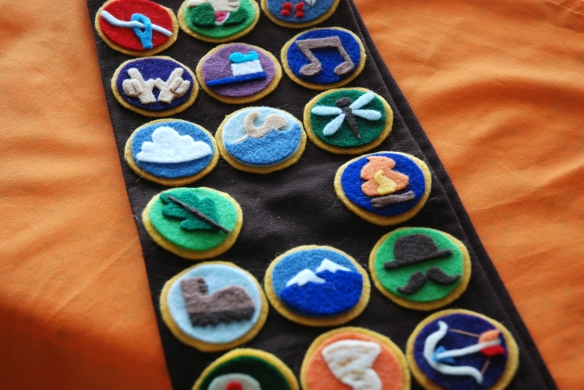 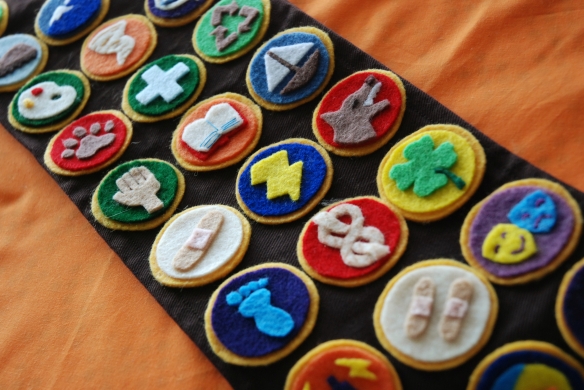 My absolute favorite part is the sash.  Russell is an over eager Wilderness Explorer.  He has earned all this badges except one, the Assisting the Elderly badge.  You can see that he has a space for the missing badge.  The badges are made from felt.  I cut them out based on actual badges from the movie that I found in pictures online and in a book. 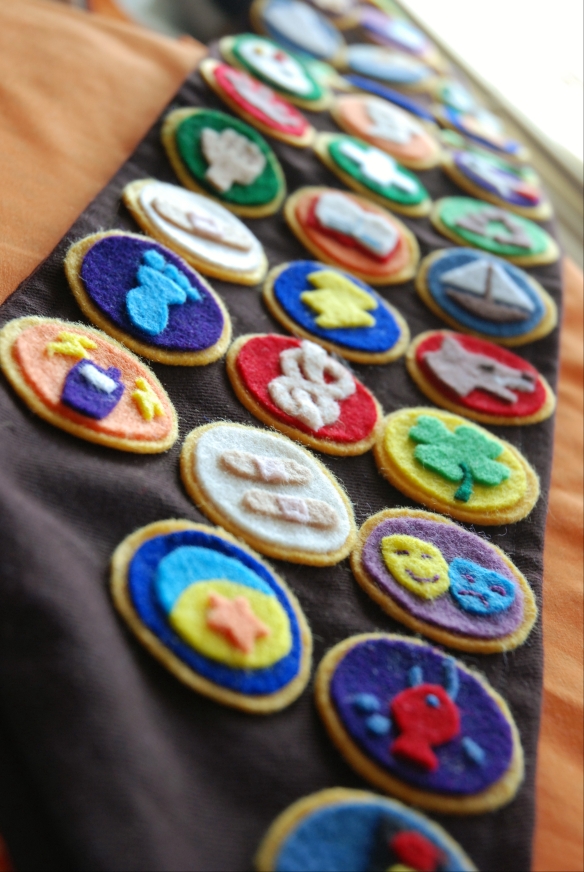 Yes, it took A LOOONG time to do all of them, but I really REALLY enjoyed making them.  Does that make me weird??  I could not be bothered with sewing them all on, so these were just glued on.  After being worn a few times and then stored in a bag for a couple of years, they are still looking pretty good.  I wouldn’t dare put the sash through the wash though. 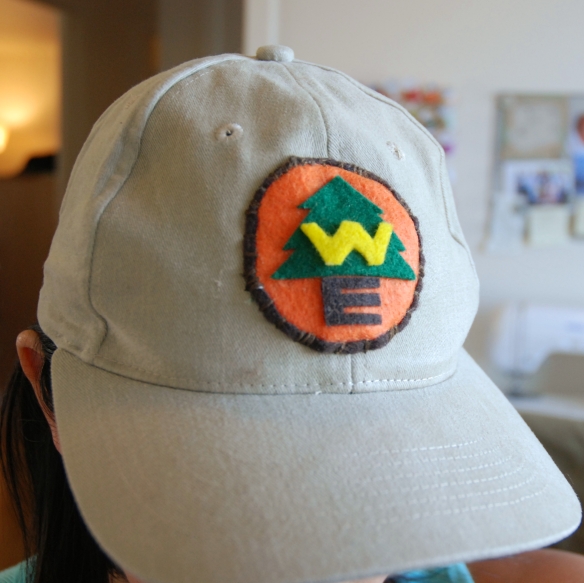 I made more felt patches for the shirt, the hat and a felt flag.  I made the neckerchief out of some orange cotton and used a wooden napkin ring, foam and some paint for the slide (I had to look up what the terms were for both of those things).  The other pin thing was made with more foam and some painted beads and twine. 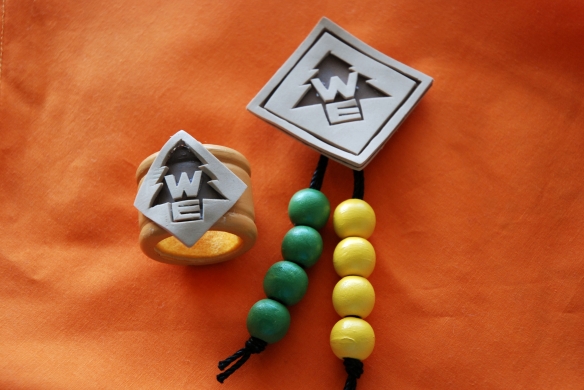 We bought the shirt and hat from the thrift store.  The shorts were mine and the shoes we borrowed from a friend.  The only things we bought that were new (besides some materials) were the orange shoelaces!  We had a lot of fun with that costume – when we walked around you could here all these people calling out, “Hey!  It’s the guy from Up!”

Anyways, those were some of our costumes from the last few years.  This year I’m busier than ever so while Yuki is getting a new handmade costume, Hideko is reusing one of our old costumes (with a twist) and I haven’t decided what I’m doing yet.  I was thinking about bringing Russell back (I mean, all that work and you only get to wear it for one day!?).  But we’ll see.  Yuki’s costume is done and the post is coming up soon!  Here is the sneak peek – do you know who this is? 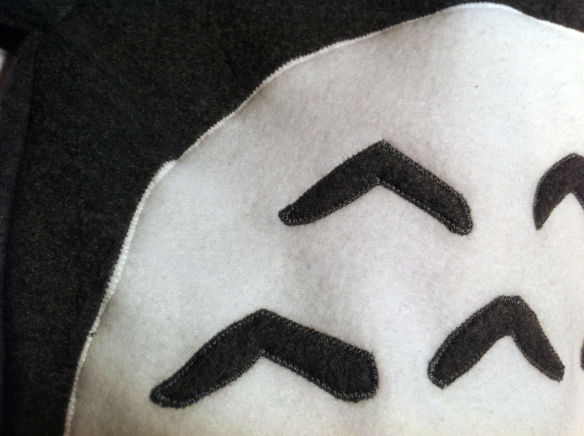