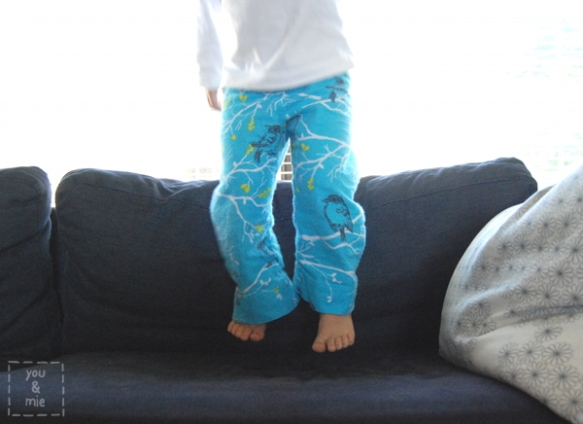 Christmas pajamas have never been a family tradition in our house, but when I was trying to figure out what to give my nieces for Christmas, my sister-in-law suggested pajama pants for the middle schooler.  And then, since I’m crazy, I decided to make matching pajamas for my both of my nieces and both of my daughters.  Finished them the night before, but they were a hit. 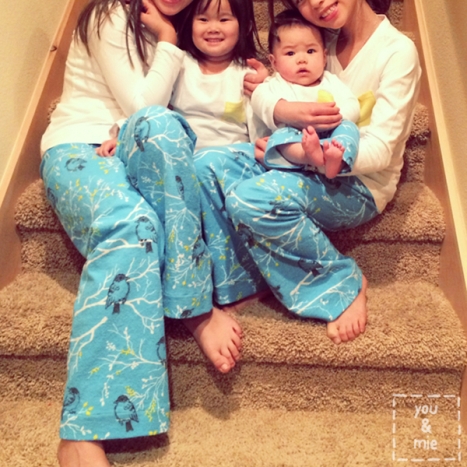 For the three older girls, I used the Parsley Pants pattern, though I had to grade it up for the 11 year old.  I was pretty nervous about the fit because I had no idea what I was doing, but it turned out great!  I basically added about 1.5 inches to the top, and 2 inches to the bottom and then cut the entire pattern along the tuxedo stripe line and added an inch to the width.  Love this pattern for pajama pants!!  I’m thinking of grading it up to make a pair for me!

For the baby, I made Rae’s Basic Newborn Pants (free pattern) with a little added length.  Of course, she’s already almost outgrowing her pajamas.

The older girls got shirts from Target and Kaya is wearing a store bought onesie.  I just added the yellow pocket to match the yellow on the pants and had to do some altering on Yuki’s shirt since it was way too big for her. 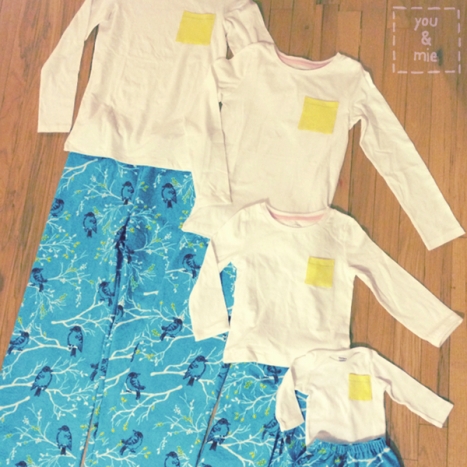 Yuki claims these are her favorite pajamas now and I’m certain that it’s because her cousins have the same ones.  She absolutely ADORES her cousins and think they are the best.  And they are.

So Christmas pajamas weren’t a tradition before, but maybe they are now?  I admit, it was pretty darn cute seeing them all running around (or just lounging around, in Kaya’s case) in their matching PJs.

Check out my second shooter!

Do you guys do Christmas pajamas?  Where did this tradition even come from?  Worth continuing?  Apparently some of Hideko’s high school students totally dread it.  Haha!  Were you blessed with (or a victim of) matching pajamas as a kid?

37 thoughts on “Pajamas for Four”